Pic of the Draw

Pic of the Draw is a pictionary style online web game. A user can create a "room" and then other users would then be able to join the room of up to 6 players. Each player would then take it in turns to select a catagory, a word and then draw that word. Users could then guess the word by typing in the chat box. 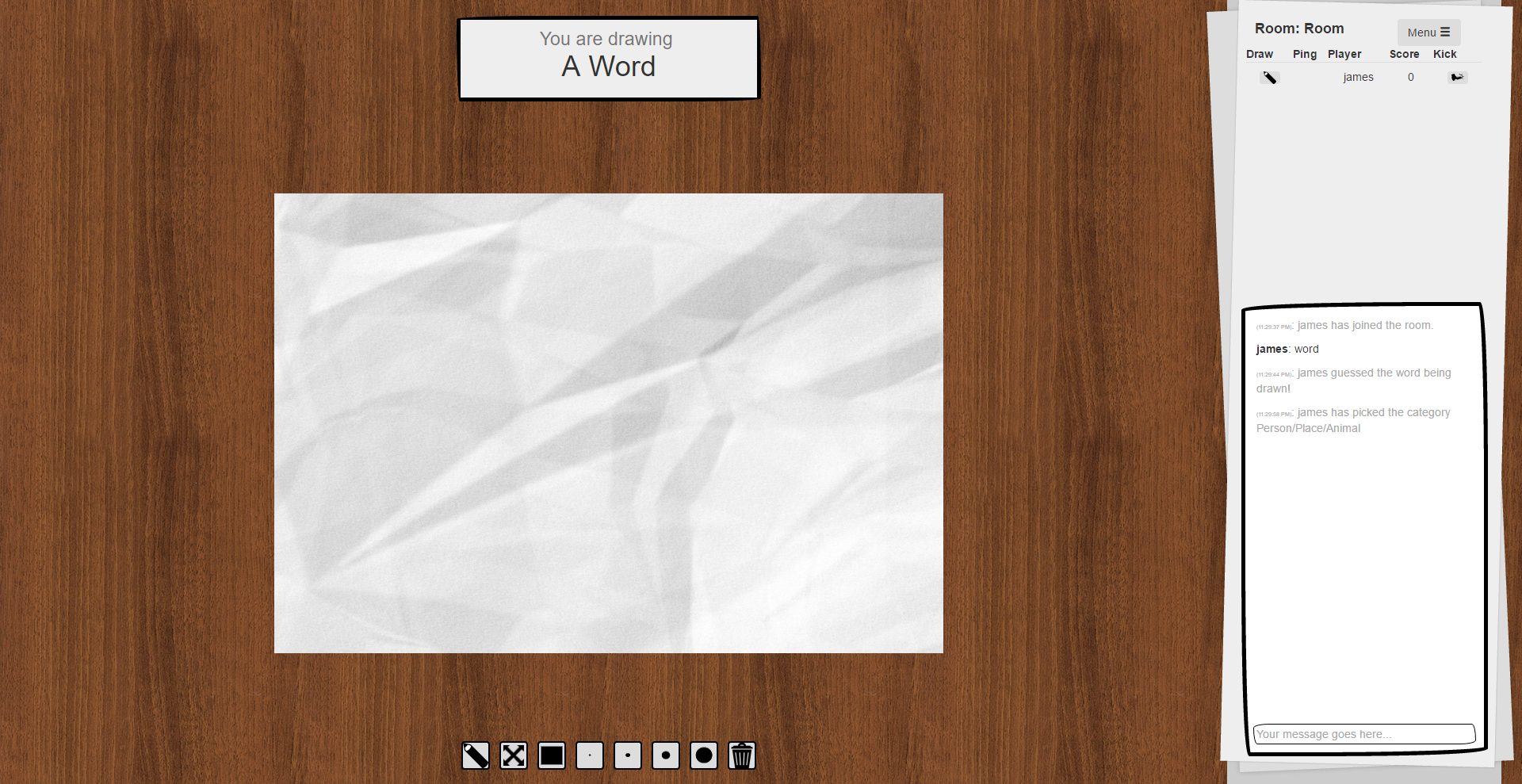